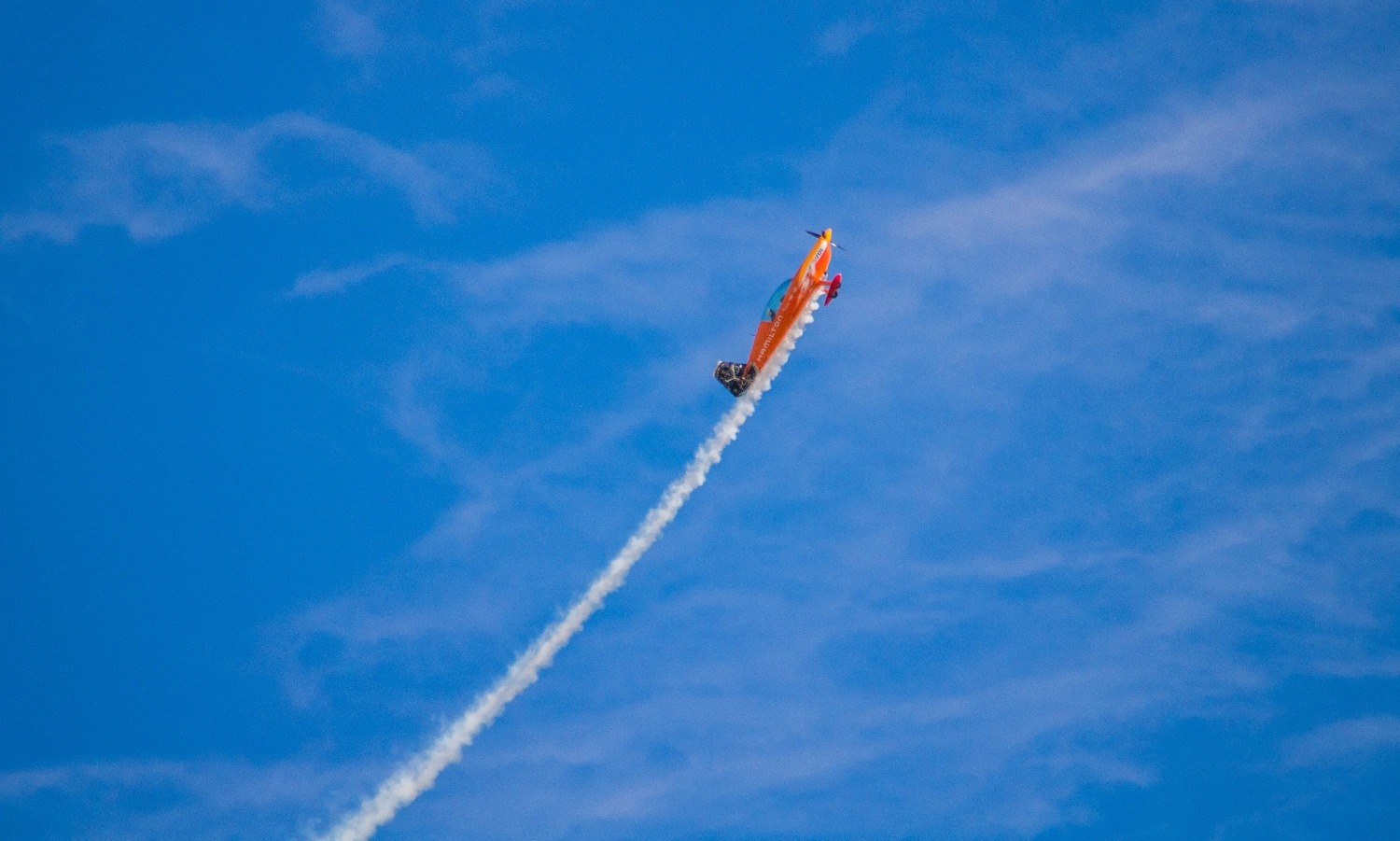 The sinking feeling thudded into the pit of my stomach. Sweaty palm suddenly slippery on the yoke, I wiped it on the thigh of my jeans. My sadistic instructor was going to make me practice stalls.

“Why, oh why?” my student-pilot-fevered brain anguished. The wings of this Cessna 172 were flying just fine, thank you very much. Why did we have to pull this airplane into a dizzying steep pitch, stall warning blaring, cockpit mushing and shuddering until it falls out of the sky? Even worse, what happens if I screw up and enter into a dreaded inadvertent spin?

I got over it (mostly). Smiling broadly, my designated pilot examiner (DPE) reached over from the right seat and shook my hand, congratulating me, and then strode into the FBO to sign my private pilot ticket. Shaky with relief, I leaned against the nappy sheepskin seat cover and closed my eyes. Floods of adrenaline subsided as my racing heart slowed. In a state of surreal disbelief, I could hardly believe I had done this thing.

As I swung my legs out of the cockpit and before my feet touched the tarmac, I heard a clear, soft voice whisper in my ear, “What next?”

Really? What next? I mean, I had only been a pilot for about 30 seconds. Give me a freaking break.

But I already knew what was next in my flight training.

You see, as a white water kayaker, I had perfected a bombproof combat roll by practicing it over and over and over. It took hours of instruction in the pool and countless repetitions of the maneuver until it became muscle memory. Using this logic, I wondered how I would pull off a successful inadvertent spin recovery from a memorized P.A.R.E. checklist, on the first try, in an emergency.

As I walked across the ramp, I decided to face my fear — I would seek upset recovery and spin training. I would get with a qualified instructor in a qualified airplane and fly that sucker until I knew in my bones I could do this.

My DPE informed me that “this guy Wayne” who lived at her airpark community of Pine Mountain Lake near Groveland, California, conducted upset training and gave me his number.

A week later, I called this guy Wayne and began grilling him on his credentials and qualifications. As it turns out, this guy was Wayne Handley, a living air show legend. Hideously embarrassed, I asked if his brilliance would be wasted on a newbie pilot like me. “What are your goals?” he asked. “Spin recovery and unusual attitude training,” I replied. “Then come on up!” he said.

Three weeks after my private pilot checkride, I was strapped into Wayne’s Extra 300. Since there was nothing stupid I could do with the airplane that he could not recover from, I decided to hang on and enjoy the ride.

It turned out to be the most fun I'd ever had in my life.

Wayne’s teaching style is easygoing and relaxed. Once I got a feel for the Extra's astonishing nimble power and feather-light control inputs, he talked me through a roll, loop, and a half Cuban eight. Seeing the world upside-down like that was a revelation from which I have yet to recover.

He then casually asked if I would like to do a spin.

Glancing from the altimeter to the tawny fields of the Sierra Nevada foothills below, I asked in a small voice, “Are we high enough?”

Nonchalantly, he walked me through the steps.

“Pull your power back.”

“All the way back,” he confirmed.

I interrupted. “Should we make the engine not do that?"

Gazing up, the world consisted entirely of blue sky. As the nose dropped, the view zagged to brown and green lake-dotted earth.

The world lurched and tilted.

“Relax the back pressure, add power, and pull your nose up to the horizon.”

Earth and sky intersected at their usual angle once again.

“Piece of cake!” I joyously exclaimed.

Addicted, I returned one weekend a month for the next three months for an exhilarating hit of vitamin G.

“You really should stop spending all your money with me and go do something responsible like get your instrument rating,” Wayne admonished.

So I joined the International Aerobatic Club (IAC).

Here, I discovered an alternate universe of pilots dedicated to flying aerobatics for its thrill and glory. I jumped into aerobatic competition. After romping a few years in the Primary and Sportsman category, I began to fly Intermediate.

For my first handful of contests, I had flown with my coach onboard as a safety pilot. Ever cautious, I wanted to be sure I could recover from any upset situation resulting from a botched maneuver.

About three years after that first spin with Wayne, I found myself strapped into a single-seat aerobatic Lazer, preparing to practice inverted spins. I had previously demonstrated inverted spin recovery with my coach in a Pitts S-2B and a Super Decathlon, but never alone in this airplane.

I was confident. Not overly, but quietly so.

I gave myself an extra 1,000 feet of altitude. My coach was on the ground with a radio. Rolling inverted, the five-point harness straps bit into my hips and shoulders. Blood pounded into my head as I hung suspended, ponytail dangling. I pushed the stick forward, angling the nose of the Lazer higher into the sky. The world zagged-lurched-tilted in its now-familiar fashion.

Earth and sky intersected at their usual angle once again.

Inside the November 2022 Redbird Pro Scenarios