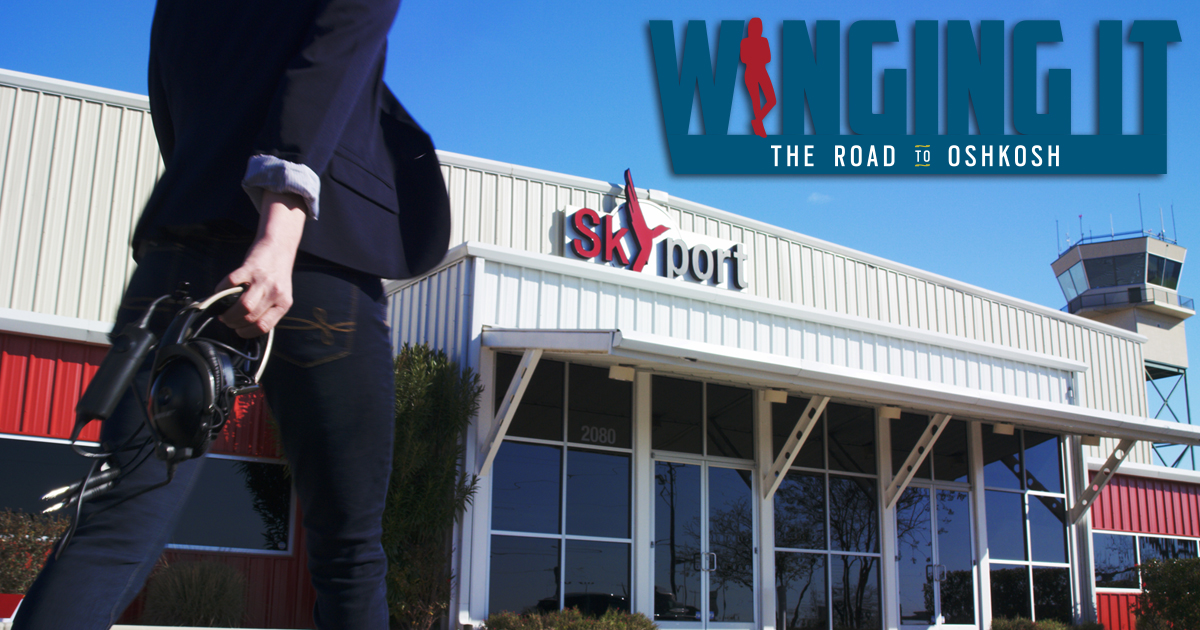 An Interview with the Host of Winging It

This article first appeared in the May issue of FIRST MONDAY, a monthly newsletter published by Craig Fuller. Sign up for FIRST MONDAY here.

A few of us at Redbird were talking a couple months ago about how we might share some of the great ways Redbird Flight Simulators are being used in more than a thousand locations throughout the United States and around the world. We also wanted to connect with some of our great Redbird champions.

And, then it hit us, why not have Redbird's very own Brittney Miculka who leads ImagineFlight take flight herself for several weeks of first hand experience meeting up with the best in the flight training community! If you know Brittney, you know she is up for a challenge, especially if flying is involved. As a pilot and flight instructor herself, she appreciates the fine points in mastering new flying challenges.

The idea became a video program called "Winging It - The Road to Oshkosh" which was launched at Sun 'n Fun. It concludes at EAA's Air Venture in July in the Pilot Proficiency Center. Until then, every two weeks Brittney and her Redbird crew are delivering some must watch flying video.

I caught up with Brittney a couple days ago for a visit about how things are going ... here's the story, interview style!

Sign up for the latest updates from Winging It!

The show was introduced by Brittney during Sun 'n Fun in Lakeland, Florida just a few weeks ago. Here's the introductory segment:

I found Brittney in Austin just after she returned home from Cleveland where she completed shooting the third segment of Winging It ...

CF:  So, Brittney, you've gone from running ImagineFlight to hosting a video shot all around the country?

Britt:  Exactly! I'm the host of Winging It. It's been a crazy adventure where every 2 weeks I'll be in a new city, learning new techniques, sharpening my skills, and exploring some unique corners of aviation.  Each stop will offer new insights and new challenges ... everything from mountain flying to aerobatic training, from a flight around the world to saving a life on a medevac helicopter!

CF:  I understand you started this off not far from me in Manassas, Virginia ... could you have picked more challenging airspace?

Britt: That was the idea ... I met up with one of the leading flight school owners in the country and flying with Bob Hepp in the Washington, DC area was a great start to Winging It. He is such a skilled pilot and instructor and I enjoyed learning from him. The entire day was a great experience, even with incredibly gusty winds! I am so glad we spent time in the Redbird simulator reviewing the mission before the flight!

CF:  How long did the filming take?

Britt: We only had a day and a half to film the episode, so I had the added challenge of stretching my flying muscles by trying to impress everyone with my crosswind landings ... knowing that I was being filmed.

CF:  I understand that after leaving the Washington, D.C. area you headed to Ohio to join a flight team?

Britt:  One thing about Winging It is that each visit is so different from one to the next. We were welcomed by the Ohio State University flight team with such enthusiasm. I was impressed by their commitment to the team and the events.

CF:  A University flight team like the one at OSU takes everything very seriously, right?

Britt: The amount of detail that these pilots know about aircraft recognition, precision landings, flight planning, regulations, preflight, and using the manual E6B is nothing but impressive (and a little intimidating... it makes you feel a bit self-conscious for always using Foreflight).

CF:  I don't want to spoil the ending, but I gather you were embraced by the group.

Britt: Let's just say the pilots made me feel like one of the team, even after just a short visit. We had such a great time in Columbus that I'm really looking forward to seeing my "teammates" again at Oshkosh AirVenture.

Winging It - Britt Tries Out for Flight Team

CF:  So, I understand you went from fixed wing aircraft to one of Redbird's most unique sims ... a medevac helicopter ...

Britt:  That's right!  We just finished filming our third segment at Case Western Reserve.  It was amazing! Our team got to see what it takes to be a flight nurse.

CF:  I know that Redbird teamed up with Hartzell to provide the school with a very innovative flight simulator where medical students have the chance to experience what it is like inside of a large medevac helicopter.

Britt: This stop was unique and totally out of our wheel-house, which added some challenge, but allowed the crew (me, Charlie, Justin and Josh) to think outside the "aviation" box and experience something new.

Britt:  The entire day, I felt like I was in a foreign country where no one spoke my language. The medical jargon was a bit overwhelming, which is probably how my friends and family feel when I start talking too in depth about aviation.  I loved the exposure to another side of aviation that many people don't know a lot about. It was also neat to see how the nursing students use simulation in so much of their training, allowing them to experience scenarios and situations that they'll face in the real world.

Winging It - Saving a Life in a Helicopter

Britt:  The second week in May it's off to Boston for upset recovery training in a super decathlon with Michael Goulian!

CF:  WOW!  One last question, how can people watch these amazing segments of Winging It?

Britt:  It's easy ... just go to our home page www.wingingIt.show and sign-up for my updates. And, don't forget to come visit us at Oshkosh for EAA's AirVenture where I will be at the Pilot Proficiency Center.

Sign up for the latest updates from Winging It! 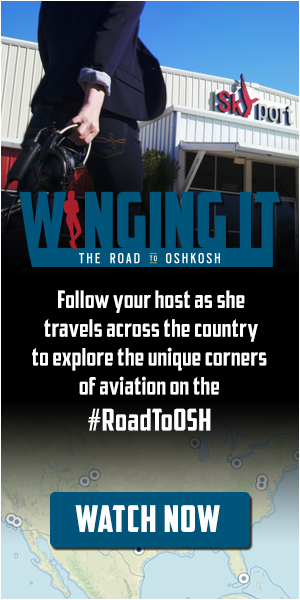