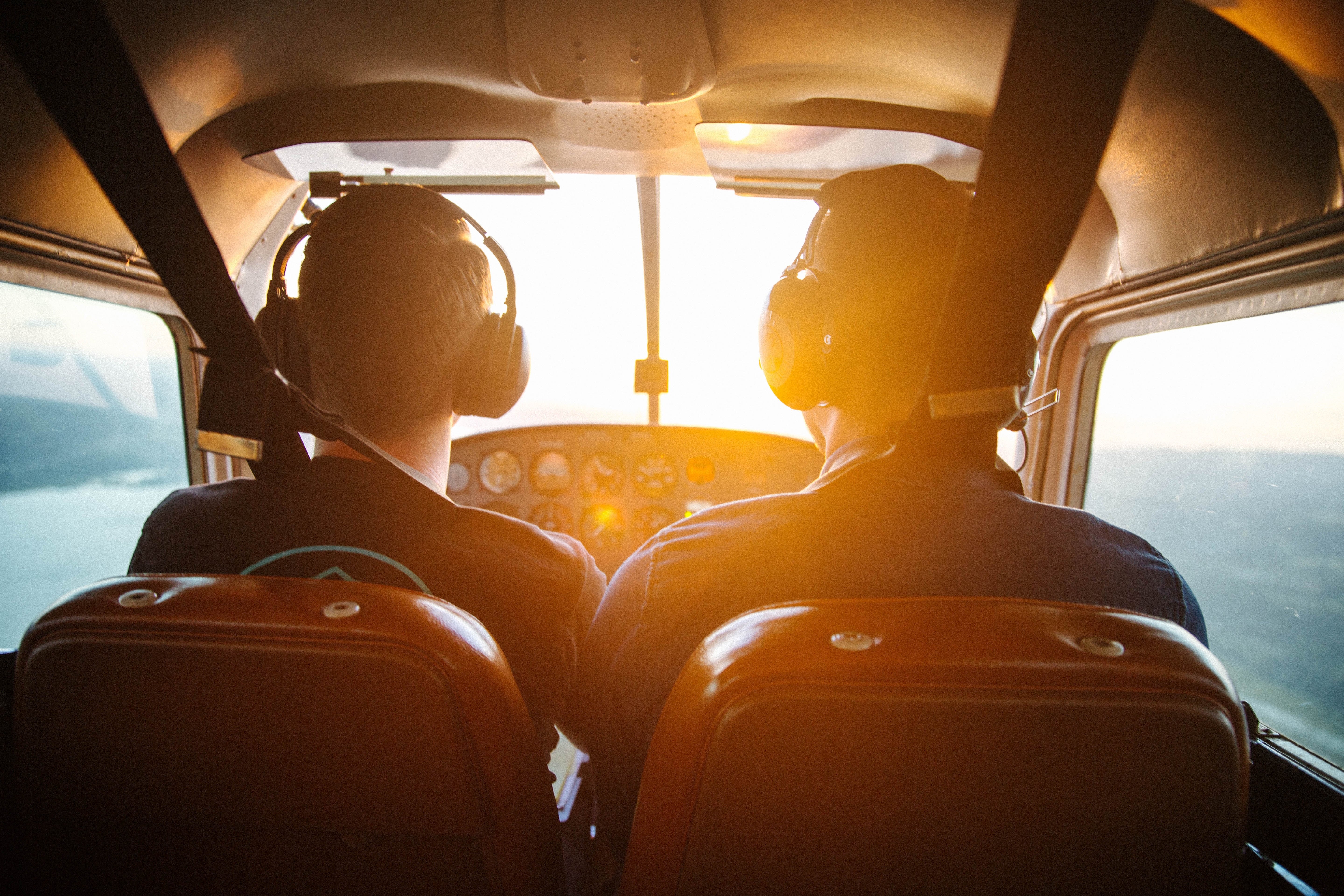 Building the Next Generation of Flight Instructors

If you are a flight school owner and/or Chief Instructor in this “Ice Age” of flight instruction in which we find ourselves, then the point I am about to make is going to hit close to home. It is really hard to find GOOD flight instructors these days!

Why do I call it an Ice Age? Simple. All the foliage is gone. You have to dig 30 feet through ice and snow just to find a flight instructor, but you have to dig another 20 feet if you expect to find a flight instructor who can actually teach a student pilot to operate safely in the NAS. It’s not that we aren’t training them. We are. According to FAA Civil Airmen Statistics, we certificated over 5,300 flight instructors in 2017. That’s up from just over 4,000 in 2012. That seems like a respectable number, but, in contrast, the FAA issued almost 18,000 new Private Pilot Certificates in 2017. That’s just Private. Factor in Instrument and Commercial, ignoring all those other certificates and ratings, and it is clear that we have a serious human shortfall in the flight instructor pool.

In your heart of hearts, you probably believe that both of those things are equally important. I do not disagree that becoming a quality flight instructor AND passing the FAA test are both legitimate goals. However, I do not think that our training industry is actually prioritizing the “quality applicant.” Here is a simple test to determine where your thought process really lies. How many hours of mentorship do you require your flight instructor applicants to log with a senior instructor before recommending them for the practical test? Likewise, how often are you scouring the internet or your previous applicants to get the gouge for “that examiner” in your district? We can say that we care about quality instructor candidates, but when we demonstrate to candidates that getting through the test is more important than being a good CFI, we can’t get too angry when the quality of student pilots coming to stage checks takes a ginormous nosedive. Yes, that is a technical term. We may have unwittingly trained a generation of instructors that are passing onto their students exactly what we passed onto them — just get through this FAA test. Brothers and sisters, it ought not be so.

I do not think we have passed the point of no return on this issue, though. I think we can still make a course correction and avoid flight school CFIT. Here are some thoughts on how we can build the CFI candidates we actually want in the airplane, simulator, and classroom with our clients.

1. Show Them How to Teach

Back in the olden days, if you wanted to be a blacksmith, you didn’t go to Hammer-Anvil Blacksmith University, the Harvard for Blacksmiths. Nope, you apprenticed with a blacksmith. You assisted that artisan, and you watched how he performed his craft. Only after years of practice could you reasonably enter the trade as a blacksmith yourself. In the era of the 2-4 week CFI training program, how much apprenticeship can actually be happening? How does a CFI learn to be a CFI these days? Sadly, the answer to that question often involves memorizing canned responses to specific verbal cues for the practical test.

To allow for valid and useful testing, the CFI test standard arguably needs a major refresh. Similarly, the CFI knowledge tests should consist of content that a CFI actually needs to know. The new CFI ACS will do a lot to move the needle forward in that regard. The subsequent supporting revisions to the Aviation Instructor's Handbook will also be a welcome addition to the preparation toolkit for a new CFI. All of these things are great, but they still don’t solve the fundamental need for mentoring young instructors.

Mentorship doesn’t have to be complicated. In fact, it requires more common sense than anything else. If your school trains instructor applicants, then you have senior instructors to whom you already entrust this important task. In addition to absorbing the characteristic ground school and flight lesson model for instruction, instructors-in-training should also accompany their instructor (in fact, as many instructors as possible) in other instructional sessions to observe how the instructors interact with students, conduct pre- and post-flight briefings, and perform those all-important evaluations at the end of an instructional period. Mentorship is simple, cost-effective, and likely the single best way to build better instructors. Show them what you expect from them; don’t just tell them.

Related Content: How to Be a Good Instructor in the Cockpit, Classroom, and Simulator

Chief instructors and other flight school administrators have developed the uncanny ability to harp on negative testing outcomes. We scare young instructors with the threat of re-standardization or even termination for poor knowledge and practical test performance on the part of their students. In addition to creating a really terrible corporate culture in our flight schools, this behavior also entirely misses the point of what we want to affect.

Rather than focusing on the negative outcomes, let’s incentivize applicant success. I know of several schools that pay bonuses to flight instructors who maintain a high pass rate or who pass a certain number of applicants. Team-wide email recognition is free and it goes a lot further than you might think. Instructors love being recognized in front of their peers for good performance. With simple positive steps, you can simultaneously boost your company culture and improve applicant performance. You also will create a desirable work climate — one in which instructors will want to work, improve their skills, and generally do better. Given the human capital limitations in our field, maybe this is something at which we all need to take a long hard look.

3. Encourage Teaching in an Efficient Classroom

We teach instructor applicants to teach in a briefing room (or some equivalent) and in an airplane. This makes sense since that is where they will conduct their practical test and where the majority of their instruction will occur. However, we should also be teaching new CFIs to think outside the dry erase board and the gravity-defying classroom that is the airplane. Truth is, sit-and-get ground sessions in front of a dry erase board are really boring and introducing someone to flying via an airplane is just plain inefficient. This is the 21st century after all. General aviation simulation technology has proven its salt. Simple tools like iMovie and cloud storage have entirely changed the way we think about distributing learning content. Why are we teaching radio communication skills and the use of the flight controls in an airplane? Better question: why are we teaching a whole generation of CFIs to teach that way too?

I am certain that for the duration of my lifetime, airplanes are still going to be a necessary part of initial pilot training. We’re a far sight away from Cessna 172 type ratings in a full-motion simulator. However, the learning value of introducing new content in an environment where students can actually absorb it is without question. Simulation technology has fundamentally changed pilot training in the same way that iPad technology and app-based navigation have changed practical flight in the National Airspace System. Of course, we’re still training CFIs to tell their students not to use this technology too, but that argument will have to wait for another day.

Related Content: How to Get Your Instructors to Use the Simulator

4. Set the Right Tone Regarding the Testing Standards

Testing in aviation is a reality. No matter what you seek to do in aviation—even if you only want to dabble in it as a hobby—you still have to face testing. It is important that we set a benchmark of minimum proficiency and then require applicants for pilot certification to meet those minimum standards. The problem comes when we start to treat testing standards as training standards.

The Airmen Certification Standards (ACS)—as well as some Practical Test Standards (PTS) that have yet to be updated—exist to create the minimum acceptable benchmark for pilot certification. They do not necessarily represent a standard that applicants should be trained to meet. In fact, the testing standards identify how poorly you can perform and still obtain a pilot certificate. I think we can all agree that is not an ideal standard that we should aim for in pilot training. If we take the attitude that we should be better than the minimum standard, and if we train instructor applicants to really understand that, then we can effectively empower a new generation of flight training professionals to build the ideal standard of pilots that our industry desperately needs.

Related Content: How Does a Flight Instructor Know When a Skill is Mastered?

The Essential Questions You Need to be Asking Every Flight School