The Future of Aviation Is Steam Power

That’s correct. I’ve decided to design and build an airplane powered entirely by steam. The target market for such an aircraft is, of course, flight schools and any pilots looking to avoid the high cost of avgas by chopping their own firewood. Yeah, sticks of wood are a kind of fossil fuel, but they are unleaded. So, my engine is definitely greener than your Lycoming, sort of. And yes, a steam engine can spin a propeller. Now, enough of your pesky questions.

I’m just a few years from building my conforming prototype, and I'm looking for investors with an insatiable appetite for socially responsible nonsense and who are too polite to wonder out loud how long it takes the boiler to build up a head of steam. C’mon, I know you’re out there. Send me a check.

If you think my idea is just too dumb for anyone to invest in, then you haven’t been following what’s happening with electric aircraft, an investor-targeted fraud not unlike the Theranos mess from just a few years ago. For those unfamiliar with the name Theranos, suffice it to say hundreds of millions of investor dollars were lost on what appeared to be a well-intentioned idea with no way of ever delivering a usable product or a return to investors.

Of course, investment in less-than-great ideas happens all the time (think timeshares). But what makes Theranos and the developers of electric aircraft stand out is how, while in the process of gathering and dispersing millions, they’ve managed to avoid even a cursory level of skeptical review. From most publications and individuals with a platform from which to comment on such things, the coverage is breathlessly positive, merely reprints of glossy press releases in an impressive show of “suspension of common sense."

Do electric airplanes fly? Well, of course they do! We’ve known that since the early 1970s. Spin a propeller fast enough, even if you use a giant rubber band to do it, and you’ll create enough thrust to get a light plane off the ground. The fatal flaw, that single thing standing in the way of effective use of electric-powered aircraft, is very well understood and easily summed up in two words: "energy density."

Before I go on, a small confession. About eight or nine years ago, I invested a large sum in an electric aircraft company that promised to have a prototype flying within two to three years. Naturally, that didn’t happen. About five years in, they hung an electric motor on a kit plane and hauled it around to events like EAA AirVenture in a shockingly successful search for more investors. Ten years have gone by now, and that company is rumored to be in the process of building a conforming prototype, I think.

While they may not be very good at building airplanes, they are absolute savants at issuing press releases — coming out with them at an average rate of one a week. About a third of them announce the selection of some parts supplier, a third discuss details of future versions of an airplane they haven’t yet built, and the rest proudly announce that this or that university or organization has “committed” to buy electric airplanes for their training fleets.

This last group is a bit of a mystery to me. Beyond the obvious social credits a university might receive for embracing electric over gasoline, one has to wonder what type of spreadsheet gymnastics they had to perform to justify investing in a fleet of aircraft two or three times larger than the fleet they need today. More on why that is true later.

The amount of energy that can be stored and released on demand, be it in a battery or avgas or a twisted rubber band, per unit of mass is known as specific energy.

What this means is, the higher the specific energy, the more energy you will get out of a pound of whatever it is you’re storing it in. This is the "fatal flaw" I mentioned earlier. The specific energy of 100LL avgas is about 47, while the best lithium-ion battery around is about one. Put another way, 10 pounds of battery will store 1,200 watt/hours of energy while 10 pounds (1.66 gallons) of 100LL contains 48,000 watt/hours. No clue on the rubber band.

Let’s look at this in real-world terms. We’ll use a Cessna 172 for this because the performance specs are well known, and it represents the optimal flight training platform. Fuel capacity on a 172 is about 56 gallons weighing 336 pounds. Its engine, a Lycoming IO-360, weighs about 260 pounds. Cruising at 75% power, we can fly about five hours before we’re looking for a field to land in. With max fuel aboard, we’ve got about 500 pounds of useful load — three medium-sized adults with no bags. 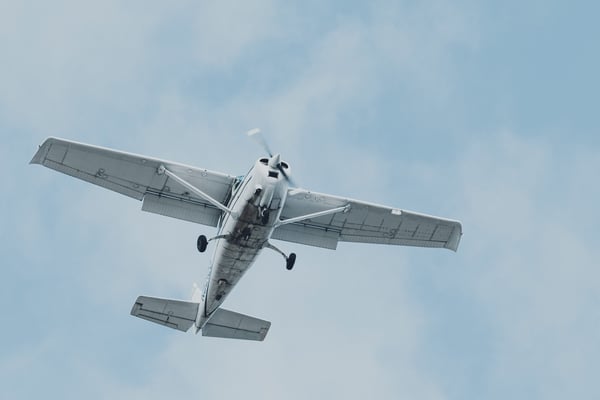 If we replaced the avgas and Lycoming engine with 550 pounds of fully charged state-of-the-art batteries and a 50-pound electric motor, our cruise time to exhaustion drops to an hour and 20 minutes. Not terrible for many training scenarios, but that 80 minutes assumes we’re not flying at night, the temperature is not dropping as we climb, we’re keeping our radio transmissions to a minimum, and the airplane is not booked for at least two-plus hours after we get back (because it’s going to take that long to recharge the batteries). Oh yes, and one other thing, we’re not flying anywhere north of Missouri in January because we may freeze to death.

Picture, for a moment, flight training in North Dakota in winter. According to a Forbes article from March of this year, the batteries in Tesla automobiles lose at least 30% of their range once the temperature nears 0 degrees Fahrenheit. Eighty minutes of flight time immediately goes down to 56 assuming you don’t attempt to heat the cabin. That's barely enough time for a complete flight lesson but plenty of time for a good old-fashioned case of frostbite.

Inside the batteries, ions are traveling between the positive and negative electrodes through a liquid electrolyte. As it gets colder, the liquid becomes thicker, resistance goes up, and the ions move more slowly. The more the resistance goes up, the faster you lose power. To deal with this, you have to keep the battery warm somehow, but the battery itself is where the heat comes from.

A study of five electric vehicles by the American Automotive Association (AAA) found that high temperatures also cut into battery range. It tested the BMW i3s, Chevrolet Bolt, and Nissan Leaf from the 2018 model year and the 2017 Tesla Model S 75D and Volkswagen e-Golf. All have a range of at least 100 miles per charge. They were tested on a dynamometer, which is like a treadmill, in a climate-controlled cell. The cars were tested at 20 degrees and 95 degrees, comparing the range to earlier testing at 75 degrees Fahrenheit. At 20 degrees, the average driving range fell by 12% when the car’s cabin heater was not used. When the heater was turned on, the range dropped by 41%. At 95 degrees, the range dropped 4% without the use of air conditioning and fell by 17% when the cabin was cooled. The AAA testers determined that the Tesla’s range when fully charged at 75 degrees was 239 miles, but it fell 91 miles, or 38%, at 20 degrees. 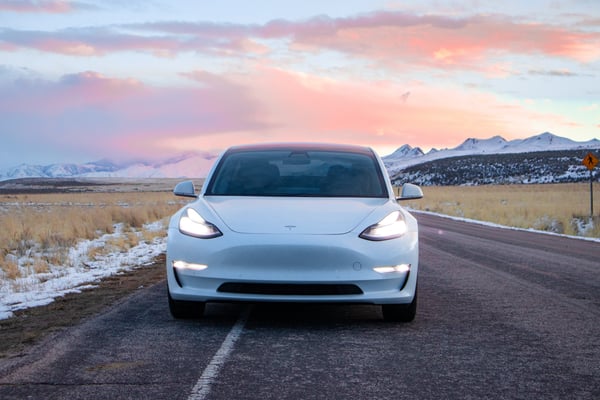 The wonderful thing about the internal combustion engine on a 172, besides its ability to go from Dallas to Atlanta in a single hop and then on to Philadelphia after a 15-minute refuel, is it makes enough heat to keep the cabin warm whenever needed. Fossil fuel engines make all kinds of beneficial “by-products,” such as electricity for lights, avionics, autopilots, pitot heat and air conditioning, cabin pressurization for high-altitude flight, and a means to drive hydraulic and vacuum pumps without reducing range.

We should assume, of course, that power storage systems will improve over time, but for airplanes, at least, it’s going to have to be something other than lithium-ion batteries. Energy density in these batteries is quickly reaching its theoretical limit, which means that more storage will only come in bigger and heavier packages. Bigger and heavier works fine for cars, to a point, but does nothing to improve time aloft. This is a game of diminishing returns wherein tripling the batteries in a 172 would actually reduce the endurance and take the airplane well over its max gross weight.

How long will it take before we have a workable storage solution? I mean, one that won’t irradiate the pilot and passengers? More than five years? Probably. More than 10 years? Maybe. Never? Possibly.

The shame here is that the people writing the press releases, making promises about capability and delivery dates, know that they’re … ummm (what’s a polite word for lying?). For the Boeings and the Airbuses and the other deep-pocket companies, the cost of funding this research is well worth the PR alone. For the training institutions expressing interest in adding electric aircraft to their programs, I would chalk this up to a combination of wishful thinking and an honest interest in the preservation of the environment. For the rest, those tapping investors that will never see their money returned, I take it they don’t believe in karma. I hear it’s a b _ _ _ h.

So, that’s it then. Steam. As long as there are investors out there who are willing to drop millions on electric, I’d say my chances of finally getting that Ferrari are pretty darn good. So, how’s this for a slogan?

Steam: not a better idea, but not much worse.

How To Choose a Flight Instructor