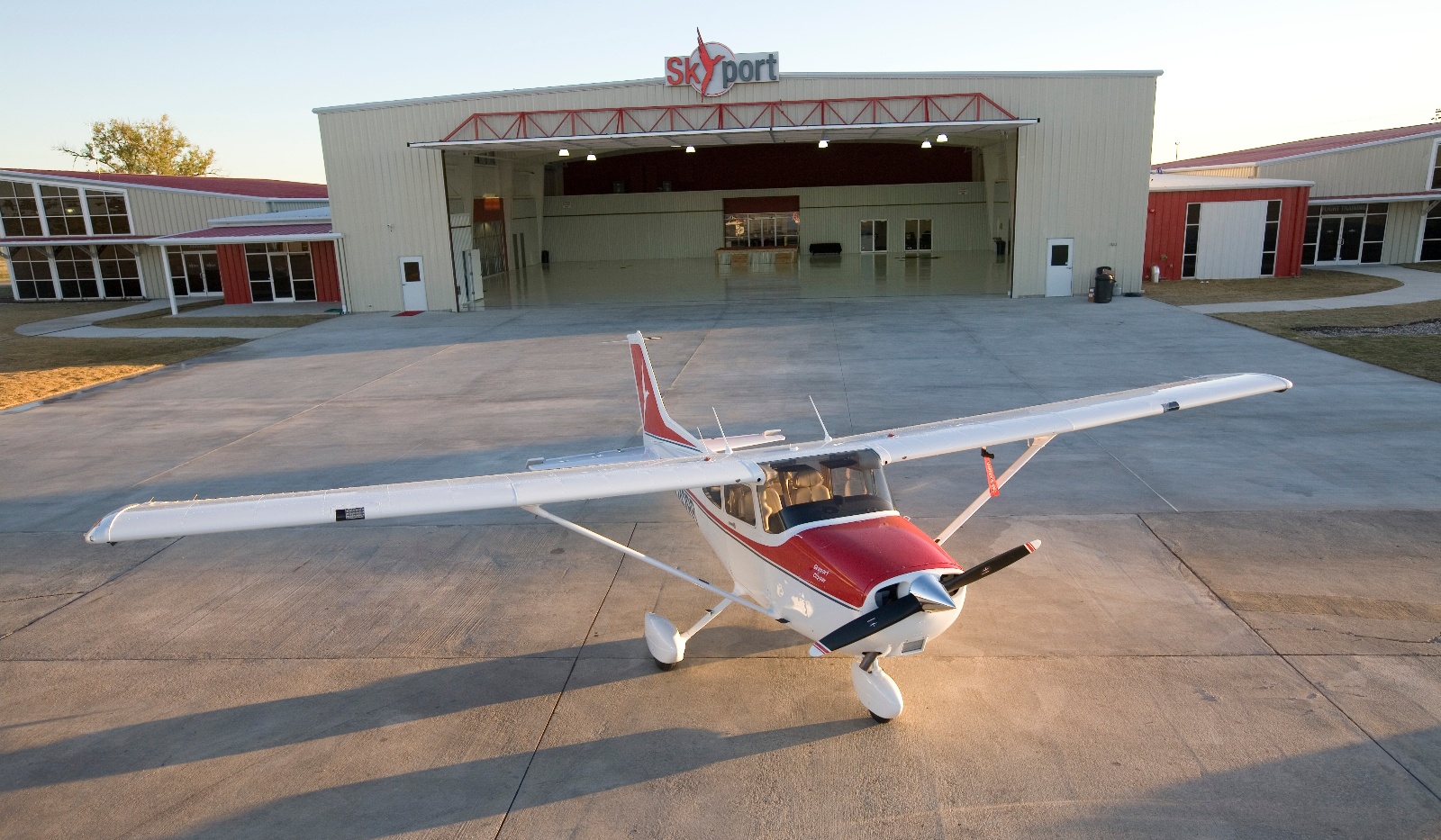 The Pilot and The FBO: A Love/Hate Story

It shouldn’t surprise anyone to hear that an FBO is the very definition of an investment that any sane person would intuitively know to stay away from. It features all the things you don’t want in business namely high regulation, high capital cost, very high risk and liability, a fickle and extremely price sensitive customer base, and the headache of having a city council for a landlord populated by lawyers and other ne’er-do-wells who couldn’t find their own town’s airport if you handed them a map and a voucher for Uber.

And if that weren’t enough, most of the pilots I know, in particular those pilots operating their own aircraft, are perpetually frustrated by the price they pay for fuel and services and, while they may not admit it, harbor the belief that the FBOs they frequent are taking advantage. Which, of course, they are but for good reason.

Pilots … harbor the belief that the FBOs they frequent are taking advantage. Which, of course, they are …

The price of fuel has to be everyone’s second or third item when planning a fuel stop coming right after weather and, perhaps, field length. I operate an aircraft that takes 200 to 300 gallons at a time. When flying from the East coast to, say, Denver I might stop for a refill at Memphis International and today I’d pay $4.60 per gallon for Jet A. But if I stop at Millington (KNQA), five minutes North, I’ll pay $2.82 per gallon and save about $445.00. In spite of what most pilots think, the FBOs at Memphis charge $4.60 per gallon because … they have to. The cost of their fancy building and the vig they’re forced pay to the airport authority and local governments demands it. Now, lest you think what you’re reading is some kind of general defense of FBOs and the shenanigans they pull, you may relax. I’m a recent victim of the latest scam, played routinely by a couple of the big players in the market (which need not be named), where unexplainably high handling, parking and “security” fees are tacked on to the fuel bill with no mention or warning. This practice is, at best, deceptive and unethical and, at worst, the kind of fraud by omission that would get the attention of any State’s Attorney General’s office if it were any other type business.

The FBO at Millington, as it turns out, charges $2.82 per gallon because, they too … have to, in order to draw traffic to the airport. And once all the customers fly away and the expenses are paid, the profit margins at the Memphis and Millington FBOs are about the same and generally not worth the trouble, returning significantly less on investment than a NASDAQ index fund.

So, it’s off we go to Millington because for all the extra money we’d pay in Memphis, the speed, quality, and friendliness of service will not likely be better, perhaps in some ways even worse as we compete for attention with the Global Stars and the Citation 10s. And maybe the facilities are nicer in Memphis, or maybe not, or maybe it doesn’t even matter.

Confession: I’m a pilot and I’m the majority shareholder in an FBO. As such, I suspect myself of being up to no good all the time.

If you’ve never visited the Redbird Skyport FBO at the San Marcos, Texas airport (KHYI), there’s still a chance that the name rings a bell. Perhaps it’s the dollar avgas stunt we pulled in 2012, or the groundbreaking FITS Proficiency Part 141 flight school we operated as a simulator development laboratory, or maybe even because of the dozens of Pilot’s Choice Awards the Skyport has received including the 2018 ACE and STAR awards for best FBO in the nation at airports with less than 4000 arrivals per year. Since it’s opening in 2011, the Skyport has pumped an estimated two and a half million gallons of fuel, hosted dozens of major aviation events, including the very first AOPA regional fly-in event in 2014, and helped teach the industry the utility and value of simulation in primary and advanced training. This fall, the Redbird Skyport will close and San Marcos Municipal will join that growing list of airports with only a single FBO, one that is free to call the shots on fuel and hangar prices.

In its eight years of operation, the Skyport has never made a dime. Not even a profitable quarter. Had it not been for Redbird Flight Simulator’s explosive growth and profitability over those years, the Skyport might have found itself in deep trouble very early on. The demise of the Skyport is the result of some poorly informed decisions and miscalculations on my part, made long before the project ever broke ground.

The first faulty decision was that we selected the wrong airport. The San Marcos airport was one of five airports we considered during the analysis phase and it had two very strong things going for it. One being, it’s only 35 minutes from the Redbird Flight Simulations, Inc. headquarters and factory in Austin, Texas and the other, that San Marcos, Texas, located halfway in between Austin and San Antonio, is the fastest growing city in Texas. If you know anything about Texas, that’s saying something. Our projections for growth at the airport combined with the estimates we got from the city and the FAA indicated that within three and a half years we’d be pumping around 600,000 gallons of fuel per year, more than enough to sustain a profitable operation. In spite of getting a new Control Tower and years of aggressive marketing (by us, not the city), the increased volume, measured in flight operations per year, never materialized. Traffic at the airport over the past eight years has, for the most part, been flat. The opening of a privately owned airport, Austin Executive, (KEDC) near downtown and lack of new investment by the City of San Marcos may have been contributing factors, but who knows for sure.

Secondly, we selected the wrong city. Time, elections, and turnover in the City Manager’s office means that the city government that you sign up with is not the one you’ll be dealing with five or six years hence. Promises originally made about marketing budgets, new customs facilities, business development, and new highway spurs are, to my naïve surprise, in no way the responsibility of current regime. A disturbing new collection of anti-growth city council members and City Manager has seen to that. Very un-Texas, indeed.

Finally, the Skyport no longer plays a key role in Redbird’s future. During the simulator company’s early years we found ourselves developing systems and enhancements without the benefit of a test platform to tell us if what we were building was working and effective or, and this is the important part, if anyone would be interested in buying our inventions. We needed a lab. Thanks to the hard work and creativity of Master Instructor Col. Roger Sharp and industry leaders like John and Martha King and the San Antonio FSDO, the Skyport launched a truly unique Part 141 FITS Proficiency program wherein we were allowed to use our inventions as we saw fit to train and, at the same time, develop strategies to improve training and bring down costs. The lab was a huge success and played an irreplaceable role in the success of Redbird Simulations. Over time, though, the test data produced was more confirmation of what we already knew and contained fewer Ah-Ha moments, so we turned the school/laboratory over to a third party company that operated it for a few years. Things are certainly different now. Today there are more than 2400 Redbird simulators operating around the world. Test platforms and, certainly, real-time feedback is plentiful … good and bad.

it’s time to say goodbye to the Skyport

I’m surprised by how difficult it is to even write these words, but it’s time to say goodbye to the Skyport. Fortunately, Redbird is now of a size that can easily absorb the Skyport personnel that want transfer to the simulator company, so none of the great people there will find themselves without a job.

In closing, allow me to share some advice with my fellow pilots and FBO owners.

To you private pilots, charter pilots and pilots flying corporate aircraft out there who taxi up to an FBO to use the bathroom, drink the free coffee, borrow the crew car and meet your passengers in the customer lounge then fly away without buying a single gallon of fuel, your thoughtlessness will now be rewarded with ever fewer companies competing for your business. An FBO may be open to the public, but it is a private business that depends on fuel sales to provide you with the amenities that you somehow think you’re entitled to. If you find any of what I just wrote in any way confusing, please surrender your pilot’s license to your nearest FSDO by no later than this afternoon.

To you big FBO companies: As frightening as this notion is, you have more to say about the future of general aviation than the FAA. Young, attractive people hidden behind computer screens at the service counter and all the glass and marble are no substitute for intelligent, friendly, timely service, and fair and transparent pricing. We pilots long ago figured out that the “Security Fee” you’re hitting us with has nothing to do with keeping anything safe except your bottom line. Yes, profits are important, in fact they’re essential, but there’s no future in trying to generate profit in a market that you have a hand in shrinking. If you find any of what I just wrote in any way offensive, I don’t care.

Fit to Fly: A New Pilot's Guide to Making the Right Decision