You're a Great Pilot. Your Decision-Making Is Terrible.

You’re a good stick. But your decision-making sucks. That’s likely what the instructor is thinking during your flight review. He’s probably not that worried about your steep turns or your stalls. He may be slightly concerned about your flat landings. But what’s he really thinking? He’s mostly wondering what in the world you are thinking. Why did you continue on to land after a ridiculous approach? Why are you surprised by the low cloud layer when you didn’t get a weather briefing or listen to the AWOS?

Related Content: First Solo: When Do You Let Them Out of the Nest?

There is no shortage of acronyms in aviation, and the FAA’s lessons in aeronautical decision-making are no exception: I’M SAFE, PAVE, 3Ps, 5Ps, CRM, SRM, ADM, CARE…. where do they even end? The number of acronyms and mnemonics and the extensive definitions of what seems obvious to most of us can be excessive sometimes, but there’s a reason the FAA keeps coming up with them: We keep crashing airplanes. And it’s still our fault.

Poor risk management, improper planning, and bad decision-making are still the primary causes of most accidents and incidents. So before you go dismissing those acronyms as silly methods of FAA micromanagement that don’t apply to you, think again. These concepts definitely apply to you. And as an instructor who has seen a lot of poor decision-making, I’m going to side with the FAA here: poor aeronautical decision-making is an actual problem. I’ve seen it. I’ve seen the following scenarios first hand in just a few years as an instructor:

This is why the FAA makes rules.

This is why, in the absence of rules, you should make rules for yourself. 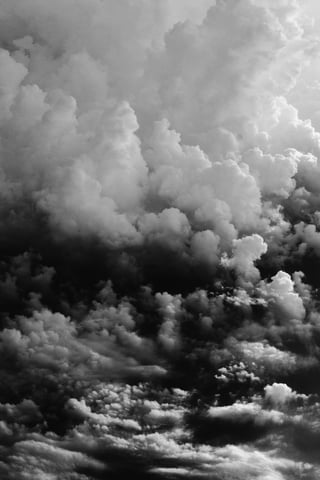 Mr. Yeager is right, my friends: If ya’ll don’t make your own rules, the FAA will make them for you. They’re just trying to save us all from ourselves.

Think you’re not one of these pilots? Think again. Challenge yourself to really look closely at your risks each flight. Time and again, we see accident reports that prove that even pilots with thousands of hours make poor decisions. A pilot can’t handle the crosswind component and loses control during landing. Another one continues VFR into IMC because he didn’t get a weather briefing. Another fails to accomplish a preflight and takes off with the control lock in place. Yet another pilot attempts aerobatics after a few alcoholic drinks. (All of those are actual NTSB reports, by the way.)

Related Content: Are you a Scared Pilot or a Scary Pilot? Respecting the Limits of Flight

It’s not that pilots everywhere are blatantly ignoring the rules. It’s just that most don’t know what they don’t know. By now, you’ve probably heard of the Dunning-Krueger effect. If not, go read about it.

So, what’s a pilot to do? Instead of writing off all those cheesy decision-making acronyms, embrace them. (Go ahead, it’s okay.) Before your next flight, go through the I’M SAFE checklist. Do a risk assessment - and do it on paper. Sit down and write out personal minimums for yourself, and then use them. Try out the 3Ps as a risk-management tool. Stay humble. And ask a lot of questions.

I can’t profess to be perfect in my own decision-making. But I’ve seen enough poor decisions made by pilots who think they’re doing a great job to know that it happens to even the most experienced pilots, and I know that I’m not immune. All we can do is stay humble, recognize that we are likely to be part of the mass pilot population that is prone to poor decision-making, and at least make an attempt to allow the FAA to help us help ourselves.

What to Expect When You're Expecting...A Flight Simulator Installation